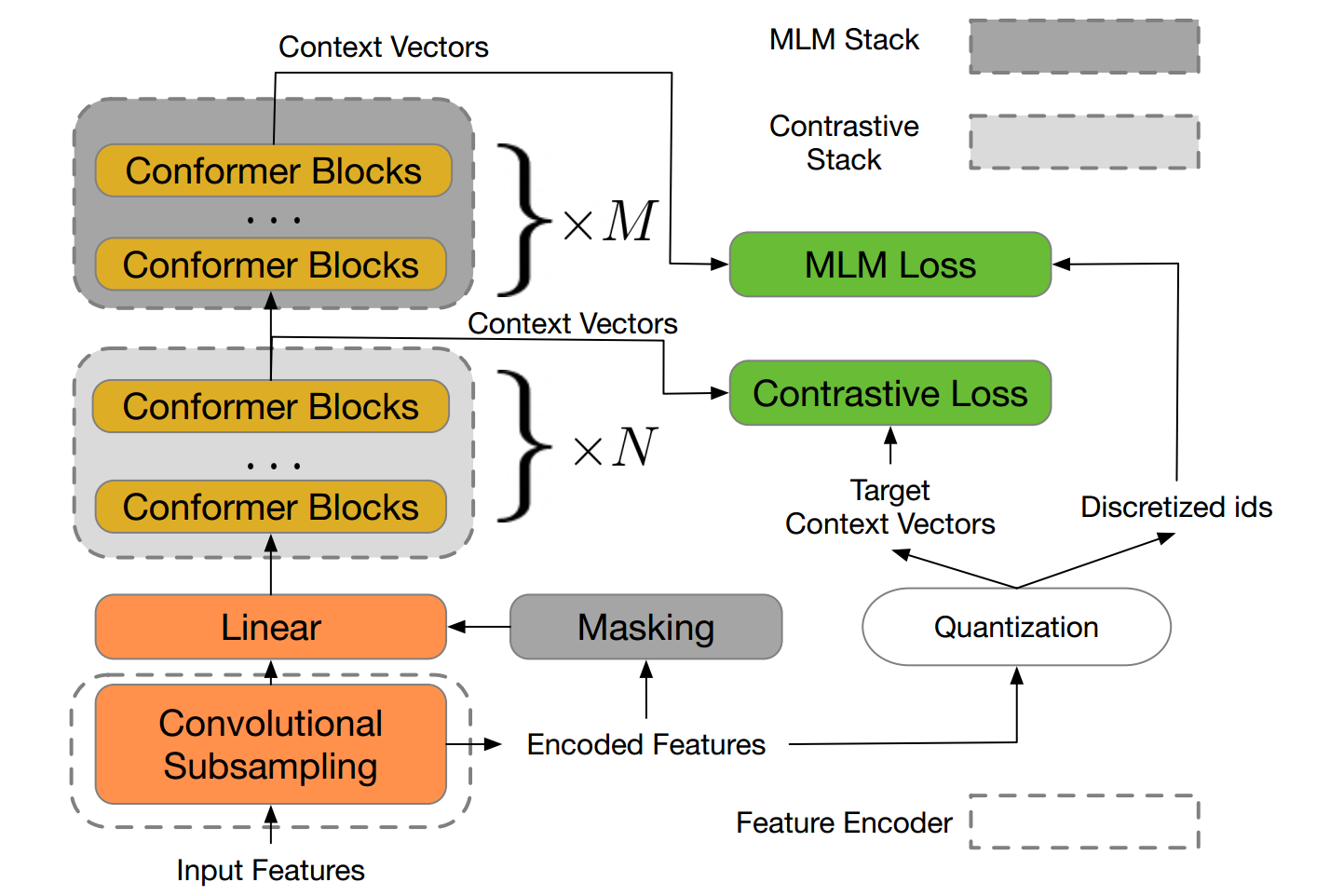 w2v-BERT is a framework that combines contrastive learning and MLM, where the former trains the model to discretize input continuous speech signals into a finite set of discriminative speech tokens, and the latter trains the model to learn contextualized speech representations via solving a masked prediction task consuming the discretized tokens.

In contrast to existing MLM-based speech pre-training frameworks such as HuBERT, which relies on an iterative re-clustering and re-training process, or vq-wav2vec, which concatenates two separately trained modules, w2v-BERT can be optimized in an end-to-end fashion by solving the two self-supervised tasks (the contrastive task and MLM) simultaneously.

The experiments show that w2v-BERT achieves competitive results compared to current state-of-the-art pre-trained models on the LibriSpeech benchmarks when using the Libri-Light~60k corpus as the unsupervised data.

You can view the full article here